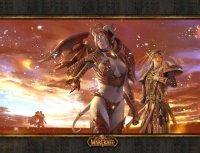 I couldn’t resist after reading and getting a good laugh from “The Top 100 Things I’d Do If I Ever Became An Evil Warlord” to think just how much different that list would be if the warlord was woman. Here’s my feminine touch on it: