Nafury has spent all his years fleeing from Fate. Banishment from his home for the last ten has proven to be the least of his worries. After almost destroying the world of Aster, he should be dead. But a promising hope given to him from his sister continues to pull him forward. Armed with only his sword and haphazard miracles, his enemies have never been more scared of him.

When Nafury stumbles on an unlikely ally inches from death, he finds a lead to the answers he needs. Only a more dangerous enemy has found him in turn. With the world’s wounds still open, he must work fast to stop the coming devastation. If he fails, the dream and nightmare Threads that make Aster will become nothing more than a memory.

Sequel to the Dragon Aster Trilogy. Now available! Paperback will be available next week.

Your past is more dangerous than your future…

The world has turned against the mysterious, stone-possessing spirits known as Whispers. While the Four Winds Institute tries to find a way to protect its students who are all Whisper handlers, Tori and Cae must uncover a devastating new enemy. An enemy who can not only control Wraiths, but utilize the dark energy of the Silence to create living nightmares that do not vanish on waking.

Death will catch you, for the Apocalypse is here. 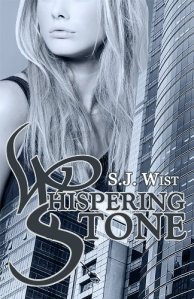 Tori just got a gargoyle for her birthday, only she doesn’t know it yet.

No one knows when the Whispers arrived. They are invisible spirits with the power to move stone, and no one knows why they are here. They can be the stone angel in your yard or the supporting pillar of your home. Shattered pieces of their statues have revealed nothing, for their souls simply move to another hiding place.

Hers whispers a terrible warning. Time is running out. 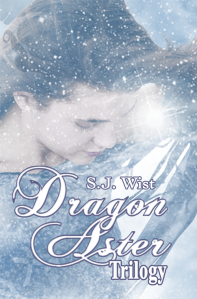 When an Awl takes Sybl to the realm of Aster, she will discover a place where fantasy is the reality. A world of dragons and creatures only dreams and nightmares could conjure.

A dragon’s faith in a Prophecy that a Fay would return to restore the balance of life and death leads Cirrus to Sybl. They will be pitted against a demon’s vengeful pull towards a war against Earth. A war held at bay by a hope for peace that was nearly extinguished three hundred years ago.

The Threads of Fate will unfurl to their shattering point, and be held together by the wings of limitless love as the Dragon Aster Trilogy comes together, unabridged and complete with a glossary and map.

The major differences from the separate books (#1-3) that you will find in here are:

– A map of the Torian and Suzerain Continents

– All three books in one

I am still gathering names together to ship review copies out to as well, so if you are a reviewer, book blogger, librarian, book store employee and such I would be happy to send you a paperback or digital copy in format of your choice. Just email me on Goodreads or at infinitydreamt@gmail.com

The Threads of Fate are nearing their shattering point. The Aeger continues to spread across all three continents and consume all it touches with despair, and death.

The two Aurs grow dimmer as Aragmoth closes his eyes, paralyzing much of Aster in snow and ice. Sybl, Cirrus, and Kas must scramble to take out an army of Eminor under Damek’s control, pitting dreams and nightmares against the demon’s pull towards war. A war held at bay by the light Sybl holds within her.

Time is running out, and the calamity of ruin that only dragons can bring is here. 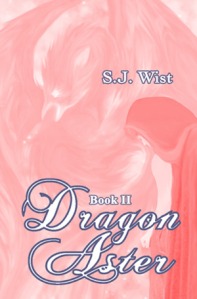 It is three hundred years after the Last War, where the chimera and the Feharin armies battled for supremacy over the Torian Continent. The gods, by right of their own immortal memories, have been reborn onto the world of Aster. They wake not to a world of peace, but to one with a new war on the horizon.

When the Phoenix and Moon collided within the Sylvan Aur, few escaped the explosion and rain of fire that destroyed the magnificent Sylvan City and its light in a single night. Now Aster is once again threatened to be destroyed by fire, with much of the world already succumbed to the cold, maddening sickness of the Aeger.

Aster’s dragons will rise to face a war they could not see the first time. For now, they have the one they have been waiting for to guide them.

As do their enemies.

Book release day is here and I’m excited!  You can now find Dragon Aster: Book I on Amazon for the Kindle and on iBooks.  If you are a reviewer I would be more than happy to send a free copy your way in the format of your choice.  If you are waiting on the printed copy, I have started looking into that and currently have a battleplan.

It seems like an eternity ago since the first bits of Dragon Aster came to my dreams where it would spend years being scribbled, picked on, boxed, erased, recycled, (don’t ask on that one) soaked, (don’t ask on that one either) lost, torn, and countless painful and neglectful things you can do to a manuscript.  But Time has proven that what doesn’t kill it, makes it stronger.


So I felt like dedicating this post to a few collected memories of the history of Dragon Aster.  Don’t laugh at how far they go back.  Well, don’t laugh too hard.  Better yet, just don’t hunt down my age.  Many years were lost with this manuscript in a box, and they don’t count in my opinion.  😛


The first title was “Dragon Wings.”  It had a nice ring to it, until I later found “Aster” which serves as three theme meanings in this book.  One is the name of the realm, the other refers to a scene in Chapter 34 (I’m not spoiling anything) and the last is simply ‘star.’


Sybl was first conjured and written down on paper when I was 11 years old.  Her first name was similar to my real name.  She had a lot of superpowers at the time, that now that I look back at it, weren’t all improbably and unbelievable.  She also got the full wrath of my mother who could never understand why I loved to scribble down fantasy stories when my friends and other kids were outside causing chaos.  I didn’t exactly grow up in a safe neighborhood, and I still don’t understand her reasoning here.  Just let the kid stay safe and sound in her room for crying out!  It’s hard being the only writer/walking dictionary in the family.  If that’s not enough, Sybl also had a tail before she later transformed into a Fay.  I have pictures.  You can start laughing again.  <.<‘


Cirrus was my second character who appeared shortly after.  He was a dragon shifter from day one.  His first and second names were awkward, but the third one sticks now.  He was silver before, but only changed to white after that.  Unshifted he looked as he is now.


Nafury is a long spoiler of a story who came after those two.


Kas came after those three.  His original name was ‘Ciar.’  He was more or less always what he is now, though he also got the advantage of joining the first manuscripts when they were in a somewhat-stable form.  He’s also my kid’s most favorite character.  Cirrus is mine, so you can see a TEAM KAS! being screamed rather loudly in the background here…


Hain came after him, though his name did change from its original, and now a kid who pops up in the second book has it.  He was even more of a jerk back then, and had most of his cool talents since day one.


Lintrance and Loki also entered the story when it was more stable and didn’t change much.


I wrote/completely overhauled the Trilogy arguably 5-6 times.  The second part and third were eazymode, it’s getting the first part to sing to the right bell that’s tricky.  My first plan was to release the book as a giant 150k+ novel, but since it now falls in a YA audience, I learned shortly after that many teenagers don’t have that kind of patience.  Some do, the ones I’ve tested for the majority don’t.  Now that I have the first book out, I am a ton more confident in its sequel and finale as well.  My only regret is having to axe the original adult version that had a lot of the good stuff.  Maybe one day I’ll restore it and make it an adult-only version.


I am a fresher-indie adorer, but despite that I never queried agents or publishers for my manuscript.  I read/learned from all the books on how to, but never sent out a letter or my manuscript by mail.  Fear was a biggy here I guess, that and I always valued complete control over my book.  I like being able to make/finalize the cover. I like keeping things exactly as they were dreamed/worked.  I like having full responsibility over what I write.  I’m not a control freak in real life, but if you compare writing a manuscript to raising a small baby, I just might be.  I sometimes stumble on traditionally published books that feel murdered to please.  It’s very rare to find an indie book that you can’t ‘feel’ the characters in or simply fall into the effect the author wishes to convey.  Being a character-driven person in my book choices, this is a biggie for me.


If I could do anything differently, I would go back and swat myself over the head every time I wanted to delete a scene or something that I would end up wanting to use later on.  My grammar was anything but perfect as a kid, but ideas come to the young so much easier as they aren’t bogged down by this thing normal people call the ‘real world.’  Well, I’m headed back into it for a while.  But I’m bringing my mailbox of books with me!


I leave to eat mass amounts of cake only to sugar crash in such a way that never saw morning, with a special thank you to the readers on Authonomy.com:


Walden Carrington (author of Titanic: Rose Dawson’s Story) who also left me one of my most favorite reviews!


Dan D. Andreescu (author of To Kill a Dead Man)


And the readers on Wattpad.com:


Thea Atkinson (author of Formed of Clay) look for my review of this book here very soon!


Silent Dreamer who has more great poetry than I can all fit in here.


Adrian Geiger who also has some great work that I can’t all fit in here, either.  Look for a review of The Quest of Dragons: Book One: Euphoric Dreams soon on Fantasy Cookie!


And at the end of this list that I will likely beat myself up over having forgot someone:


Timothy Nies (author of When Tommy Adams Burned the World)


Ron Leighton (author of A Cheerful Smoke for the Dead)


All my buddies online and in RL, if you don’t know I love you already, you need to put down the video games and pay attention more when I  /ello u.


My niece who has an awesome photography talent that needs to be seen by the world.


My two sons, who never simultaneously agreed on anything unless it’s cool.  Very handy at times.

Next project: writing an acknowledgement page to fit so many people in.